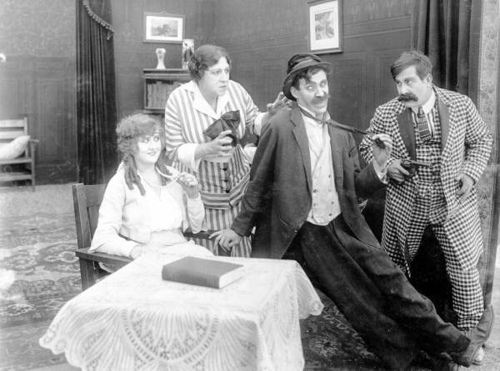 When you have scripts for films set in Staten Island that you are proud of, one that tells an incredible story with characters your audience will connect with, you know you have a winner right away. So you’re ready to run out, find some actors who can do your script justice, and start filming, right?

Not so fast. There’s an old adage in the real estate world that states, “Location, location, location.” Location in filming can make all the difference between a complete film that helps your characters and your scenes shine, and one that falls a bit flat. Or worse, flops altogether. Think of some of your favorite movies or television episodes and think about the location. Would Dances With Wolves be the same if you could see a house in the distance? What about the Shawshank Redemption? Can you imagine if that was filmed in a more modern prison setting?

Your location sets the tone for your film’s scenes. For many filmmakers, it is considered the most important character in your film. Choosing the right location for your shoot can sometimes seem like a long, arduous and daunting process. That shouldn’t mean that you should rush through it, though. Take your time because in the end, your film is going to be measured by the locations that you choose.

Make sure that it is accessible

There is not much point in choosing a location that is difficult to get to. The harder a place is to reach, the more costly it will be for your crew and it will eat into your budget. If the scene calls for an isolated location, then by all means, add this to your budget, but only do so if you absolutely must.

Make sure that there will be ample parking space for your entire crew and the trucks that will be carrying in all the necessary equipment.

Are there hotels or other accommodations close to your location shoot? If not, you will need to consider how many days your location shoot will take. If it is going to be several weeks or even months, then you will want to have a place with moderate to decent accommodations. You don’t want your actors or crew becoming irritated because they can’t get a shower for weeks on end.

Pay attention to the locals

Is your filming going to disrupt the local community? The last thing you want to do is disrupt people’s lives, though sometimes that it almost impossible in this day and age. You are not going to please everybody, but the more intrusive your filming will become, the more aggravated the locals will be and in turn, you may find that your production will run into more trouble than you can afford.

Be amenable to some changes or demands from the local community. If you have to shoot some scenes at night, you don’t want to do loud scenes in the wee hours of the morning, especially during the weekdays. Be aware of your surroundings.

Make sure you have power

If you don’t have access to electrical outlets, then you will need portable generators to power a lot of your equipment. It has happened more than once where productions have come to a halt because someone forgot to find out whether there was power, and didn’t have the right generators, or enough of them, for all the production’s needs.

At the end of the day, when your films set in Staten Island are in the making, your location not only has to suit your script, it has to suit your actors and crew. It can be a fine line, but the more you look around, the more you will realize that there are some wonderful locations ripe for your production.

Rick Davis, an experienced Producer/Director, invites you to increase your knowledge of the television production business.